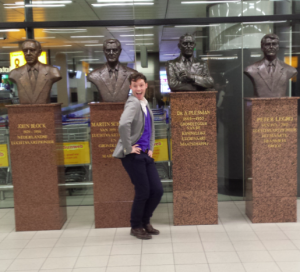 John Block founded two Dutch airlines: Transavia and Air Holland. And he co-founded a third: Martinair. He was a busy man. And he was always in work. Well, he was great at landing a job.

Martin Schröder worked as a pilot and co-founded Martinair with John Block. He was also chairman of the Dutch wing of AMREF, the flying doctors service of East Africa. Like many aviators, he had friends in high places.

Peter Legro was president of Transavia from 1979 to 2002. During that time, Transavia flew 60% of Dutch holidaymakers. And he introduced a cheap, no-frills subsidiary called Basiq Air. An aviation entrepreneur with a good altitude.

Albert Plesman was the son of a humble egg trader. But he went on to found KLM in 1919. It’s the oldest airline in the world still operating under its original name. Founding it was a venture that really took off.