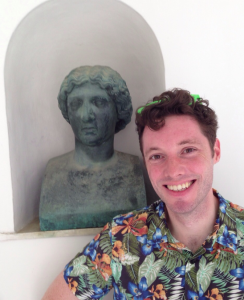 She was married, already had a son and was pregnant with her second when Gaius Octavius fell in love with her. And as marriage to Octavius would make for a healthy alliance, Livia Drusilla discarded her first husband and found herself the wife of the most powerful man in Rome. It was an unconventional start to a partnership that was to last 52 years. And when her new husband received the title Augustus and became Emperor of Rome in 27 BC, Livia came to be a shining example of traditional, Roman family values. She dressed conservatively, sponsored charities and Augustus even boasted that she spun and wove the cloth for his tunics herself. But then Augustus’s nephew died mysteriously, and his daughter Julia was exiled following charges of treason. His grandsons started dying in peculiar circumstances, too. Soon, all Augustus’s heirs were gone. The path was clear for Tiberius, Livia’s first son from her first marriage, to succeed Augustus as Emperor. Which he did, after Augustus’s own perplexing death from eating poisoned figs. Was Livia a ruthless intriguer or a Roman role model? No one will ever know. Any hand she may have had in helping Tiberius become Rome’s second Emperor, was played very close to her chest.